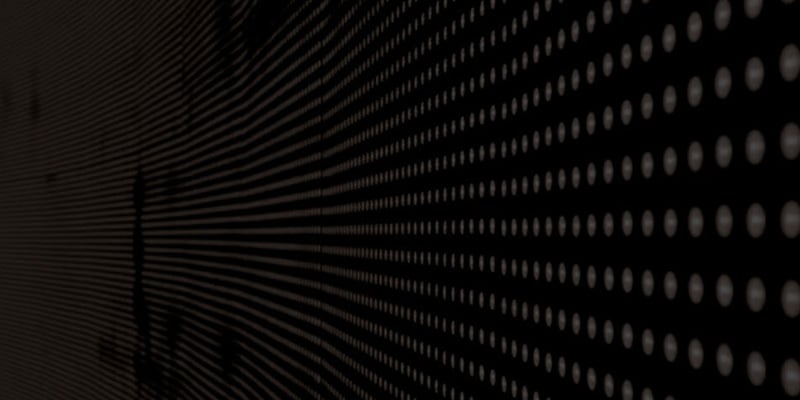 Why you don’t save money by moving to Cloud HCM

In 2012, Oracle published a brochure making some exciting claims about saving costs by moving your HCM system into what was then called Fusion HCM (now Oracle HCM Cloud). Here’s a quote from them:

“With no hardware to buy, software to manage or upgrades to conduct, you can drastically reduce the cost of implementing and running a new HR and payroll platform – and achieve ROI much faster.”

And here’s a nice chart:

Wow! Impressive. The story is compelling and believable – no hardware to maintain, no DBAs needed for upgrades, restrictions on customizations reducing expensive consultancy follies.

Trouble was, it wasn’t true. The graphs above were fantasy (obviously, given Cloud HCM had not been on the market for 2 years at the point of publication). Now we are 6 years into the life of Oracle Cloud HCM, the stories of cost savings have mysteriously disappeared.

What do Oracle say now?

Go to Oracle’s current Cloud HCM website and you won’t find any mention of cost savings. You see words like ‘Adaptable’, ‘Intelligent’, ‘Innovative’. You don’t see the words ‘Affordable’ or ‘Cost Savings’.

It’s a different story over at Oracle’s IaaS (Infrastructure as a Service) site where the word ‘cost’ is mentioned 6 times on the front page alone. That’s because it is true – moving those big grey boxes running EBS or PeopleSoft on your own premise into boxes running within a Managed Cloud Service, like Oracle IaaS or Amazon Web Services, is a proven way to reduce your cost of ownership. There are plenty of success stories.

Replacing your incumbent business applications though? Not so much. Saving money is no longer marketed by Oracle as a reason to rip out your existing on-premise HCM/Payroll system and replace with Cloud HCM. And yet, customers still have this perception.

Oracle delivered an interesting and honest interactive presentation a few months ago where they asked the audience to key in a word they associated with Cloud HCM Applications. Here’s the result they got:

All that marketing from 2012 must have stuck! Let’s see Oracle’s next slide – why do they think customers move their HR systems into the Cloud:

Figure 2: Why do customers move to the Cloud?

Whoops! Cost Reduction? Ahem, let’s move quickly along and talk about the modern UX and adaptability….

So far, so anecdotal. Let’s turn, instead, to some hard facts reliably gathered by the annual Sierra-Cedar Survey published in October 2017. Here’s a chart comparing HRMS technology costs per employee based on Cloud Subscription vs Licensed Hosted.

If you are still under the illusion that ripping out EBS or PeopleSoft and going Cloud is going to save you money, those stats are an eye-opener. For smaller organizations, going cloud can actually increase your HRMS Tech Cost by 100%.

Let’s reflect on that again – moving your on-premise HR system to a Cloud based HCM system can potentially double your cost of ownership.

Breaking down your HRMS Tech Costs

You might find this puzzling. Everyone knows that on-premise systems like EBS and Peoplesoft are expensive to buy, you need big grey boxes in your server room, upgrade projects take forever and you have to pay chunky annual maintenance costs for the privilege of keeping the software current.

Cloud HCM must be cheaper.

Why is it not working out that way? Broadly speaking, your HR Tech costs are made up of the following costs:

Let’s do the math.

Unlike Workday, Oracle do the decent thing and publish their price list for their Cloud apps and their historical on-premise system, so we can do some quick maths on procuring the software.

For this exercise, we will use the published list price for new Cloud HCM subscriptions and the list price for EBS Support. You can argue that no-one pays list for Cloud subscriptions, but the same held true for when those EBS licenses were bought in the 2000’s; EBS customers rarely pay list price for support as a result. So, using list price to compare both options is a fair approach.

Let’s take a hypothetical company that has 1,000 workers running an Oracle E-Business Suite system looking to move to Cloud HCM. Let’s also make an assumption that the customer is considering whether to run EBS for another 5 years or move to Cloud now.

Over a short 5-year period, you can see that keeping what you’ve got and paying annual maintenance is significantly cheaper: $532k less than those Cloud HCM subscriptions.

It’s a rough metric and open to debate on topics like aggressive discounting and Oracle giving credits for a swap from perpetual licenses to Cloud subscriptions. However, without negotiation, the cost of your cloud software is three times higher than the support you pay for your existing HCM system.

All software needs to run on something whether it’s on your premise or someone else’s. With Cloud, the infrastructure cost is included in the monthly subscription, so a nice fat ‘zero’ to be added onto the software costs.

With that on-premise software though, it’s your responsibility to pay for the servers. It’s pretty tricky to estimate how much that will cost an average customer. We recommend all EBS customers evaluate moving their applications onto a managed cloud service to save the cost and hassle of running in-house.

At Applaud, we have around 10 EBS servers hosted by Amazon Web Services, each EBS instance holding around 3000 worker records and available to around 50 concurrent users at any time. We have around 3 servers up and running throughout the working day with minimal downtime.

The servers we have in-house would be more than enough to run a production system that serves 1000 workers supported by a couple of Development and Test instances. The cost of running those on Amazon Web Services is around $1500 per month. For this exercise, we don’t want to be too conservative so let’s be generous and double that to $3000 per month, which is a five year cost of $180,000.

If you’re ripping and replacing, you need to implement a new system. Going from Oracle E-Business Suite to Cloud HCM is not an upgrade. You need to get the data across, implement your core data structures, put in your approval rules and security, rewire your interfaces to downstream systems and more.

Moving your system of record is not a trivial undertaking and certainly not as straightforward as bolting on a new Talent or Recruitment application.

Going back to the Sierra Survey, the stats show that implementing a new Cloud system isn’t far removed from the time it takes to implement an on-premise system:

In the above stats, the Orange bar represents 2500 workers or less, so let’s say it takes 6 months to implement your new SaaS solution. You probably need 2-3 consultants plus a Project Manager to do that and the cost will vary based on which part of the world you are reading this in. 2-man years of consultancy? Let’s go for $200,000.

The trickiest cost to judge is whether you can realise savings by redeploying some of your IT resources responsible for your outgoing on-premise system. The theory is you should: moving to a Cloud application means you don’t need DBAs to apply patches and maintain the database. Due to the limited options to customize a Cloud application, you shouldn’t need all those technical developers.

The reality is not quite as clear cut.

Fully embracing a portfolio of Cloud applications will usually involve changing the composition of your IT resources rather than the headcount. Your technical consultants may be replaced by functional consultants configuring the system with Cloud based personalization tools. Your developers may move on from building out customizations and instead spend their time re-building and maintaining your new interfaces, perhaps converting all those Excel flat file loaders into modern Web Service calls. Instead of having a DBA maintain patches, a new Change Management role is emerging that schedules, tests and communicates the continuous stream of mandatory updates that you are compelled to test and deploy within a pre-defined upgrade window – multiple times per year.

We certainly have seen customers report cost savings by moving their existing E-Business Suite application to a managed service, but those savings are, again, connected to moving your Infrastructure to the Cloud, not changing your applications. So, for the purposes of the comparison, we’ll say the cost of your IT Staff will not change once you rip and replace.

Let’s total everything up. For an organization with 1000 workers, the 5-year cost of ownership of ripping out your on-premise system and replacing with a Cloud HCM system is:

The figures above can be debated and challenged but mainly serve to get an idea about the proportion between the two options. Discounting on Cloud subscription and credits for licensing can skew the above slightly, especially in the early years. But, even so, the cost of moving to a new Cloud HCM system is coming out at about double the cost of staying where you are. That nicely aligns with the figures coming out from the Sierra survey.

Why? It’s the cost of the software. The bottom line is that Cloud HCM software isn’t cheap, especially when you extrapolate the cost of the likely lifetime of your system. You’re not buying something for a few years, you’re buying something that could well be in your business for over a decade. And with this in mind, it’s no real surprise why Oracle is so keen for you to move to the Cloud.

There are burning and essential reasons why organizations are considering replacing their existing HCM systems with a new Cloud based offering. HR Leaders are looking for innovation and modernization; delivering mobile access and consumer grade user experience to your workforce are at the top their agenda. CIOs are looking to harness the cost savings and efficiencies offered by Cloud computing.

These are urgent and pressing business challenges and ‘doing nothing’ is not an option.

However, that doesn’t mean that you are compelled to ditch your existing HCM system to deliver the above. If you want innovation, modern user experience and mobile HCM, you can get this on your existing HR system using a solution like Applaud.  If you want to realize savings by reducing your in-house Infrastructure, you can consider moving to an IaaS solution like Amazon Web Services.

But if ‘cost reduction’ is still being bandied around as your primary reason to rip and replace, beware!

HR Technology Trends: Is Employee Experience Top of the Agenda for 2022?

Is employee experience at the forefront of HR technology trends? Discover which drivers will shape the HR technology landscape in 2022.

Learn what digital employee experience means, why it’s more important than ever, and how to integrate it into your HR strategy.